Cult series alert! A man is found injured, at death's door. When he wakes up, he doesn’t remember anything and suffers from amnesia: no past, no family and no name. His only clue is a number tattooed on his shoulder: XIII. An extraordinary adventure begins... Hunted by killers, his desperate search to find out who he is leads him to the epicenter of a horrendous conspiracy. With XIII, William Vance and Jean Van Hamme deliver an iconic Franco-Belgian comic in this series that lies somewhere between Jason Bourne and the Kennedy saga. 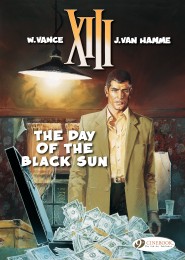 A man washes ashore near an old couple’s house, barely alive. When he comes to, he has forgotten everything, including his name. The only clues to his identity: a key sewn into his clothes, a bullet wound to the head... and the number XIII tattooed on his shoulder. A meagre start to reconstruct one’s self. 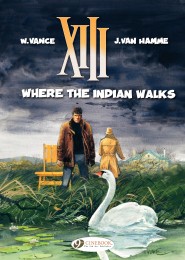 XIII is looking for a certain Kim Rowlands, a woman with whom he saw himself in a photograph. His search will yield a name—his, perhaps—and take him to a place that may be home. All families have secrets, though, and they can get a man killed. And what exactly do General Carrington and his beautiful aide Lieutenant Jones want with him? 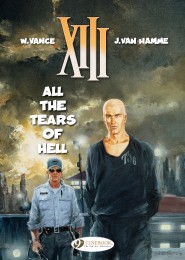 Convicted of murder and sent to a high-security prison for the criminally insane, XIII finds himself not only unable to continue searching for his past, but also at the mercy of his enemies. Unbeknownst to him, though, General Carrington and the beautiful (and deadly) Lieutenant Jones are still trying to unravel the mystery of the presidential assassination. All they have to do is find a way to help him before he loses his life–or his mind. 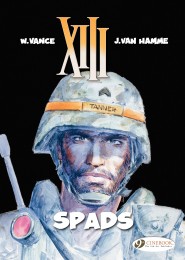 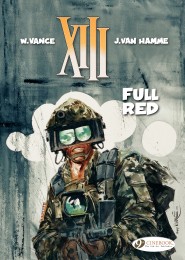 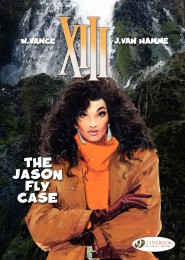 With the conspiracy that nearly claimed his life dismantled, XIII can finally turn all his attention towards uncovering his own distant past. Armed with everything he could find on Jason Fly—the man he seems to be—he heads to Green Falls, where he grew up. The problem with amnesia is that you never know exactly what you’ll dig up when you go home again. And... is everything really solved concerning the presidential assassination that cost him his memory? 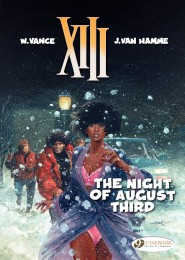 XIII and Jones are on the run. Hunted by local authorities, they’re suspected of three murders, including that of The Mongoose’s hired killer. The sheriff of Green Falls, henchman to the town’s biggest landowner, is all too happy to accuse the fugitives: The two men don’t want certain details from the past to surface. XIII is going to have to survive long enough to dig up the truth about what really happened on the night of August 3rd long ago… 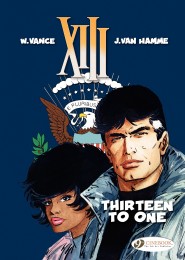 XIII survived the trip back to his childhood home. The Mongoose has finally been caught and is in a high-security jail. But there is still one piece of the puzzle missing, and when President Sheridan asks him to discover who the Number I is, the man now known as Jason McLane doesn’t hesitate for long. His best chance: finding Kim Rowland wherever she may be hiding. But the Mongoose has powerful allies and won’t stay locked up forever… 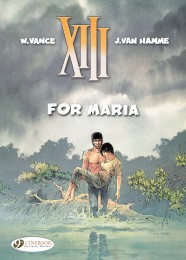 Jason McLane is on holidays with Jones at some friends’ in Central America, when a peculiar priest offers him startling news: He may very well be a married man! And because nothing is ever simple in XIII’s life, his apparent wife is none other than the leader of the democratic guerrillas in neighbouring Costa Verde, Maria De Los Santos—currently awaiting execution in a maximum security fortress. Time for the amnesiac to put his skills to good use again— for Maria. 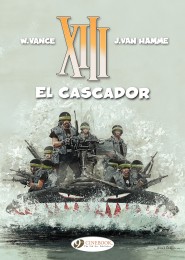 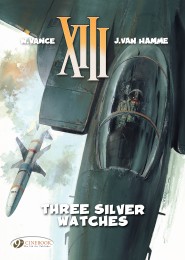 XIII has freed a country, exposed a traitor, reunited with his wife… and found his father. As he deals—somewhat against his will—with the aftermath of the revolution in Costa Verde, Sean Mullway recounts for him his family’s history: Irish immigrants, remorseless Mafiosi, Mexican gold, and three silver watches. New answers will also bring new questions and a whole new set of potential enemies just as old ones come back to the fore. 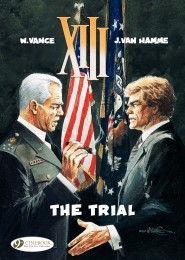 Called back to the USA by the frantic government, McLane and Jones discover that General Carrington has kidnapped Wally Sheridan, President of the United States! Holed up in a secret base he’s turned into a fortress, Carrington intends to put Sheridan on trial on live TV and expose him as the Number I of the conspiracy. To do that, he’s going to need XIII’s help in bringing in his main witness: the Mongoose! 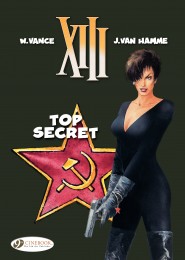 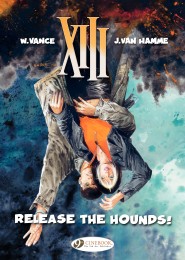 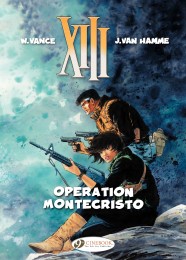 Arrested by the Costaverdean authorities because of pressure from the US, XIII and his friends are awaiting their extradition. Instead, they’re freed by Costaverdean troops in disguise. But they can’t afford to stick around, as they’re still on the run from the most powerful nation on Earth. Desperate for money, McLane decides to go after Maximilian’s gold, as Mullway believes he’s found the location of the third silver watch. The problem is that the location is under 150 feet of water... 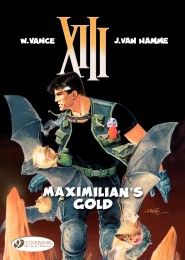 XIII and his friends, still in hiding from the NSA, now have the riddle from all three silver watches… and Maximilian’s gold is within their reach. But the treasure is well hidden. Not to mention that $15 million is enough to attract a lot of unwanted attention. Meanwhile, in Washington, an increasingly desperate Frank Giordino can feel the noose tightening around his neck—and men are at their most dangerous when desperate. All he needs is someone to bring him the right information... 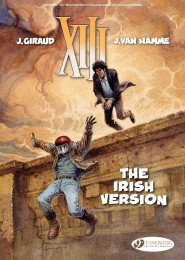 Little by little, XIII has reconstructed most of his life and figured out who he is. With one exception: There is still a gap in his college years, when Jason McLane became Kelly Brian. A gap that may mean the amnesiac adventurer is in fact an Irish terrorist, Seamus O'Neil. This flashback brings us back to Boulder, Colorado, and before that to Northern Ireland, to reveal the last piece of the XIII puzzle, and his final identity. 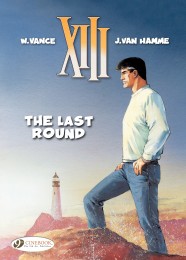 XIII and his friends have failed to recover Maximilian’s gold and are tired of hiding, running and struggling. When two books come out in the USA relating all the events of the amnesiac’s life and the details of the Conspiracy of the XX, they see it as a possible chance to come out in the open and trust in their country’s justice. But they still have enemies, at home and abroad, and everyone is set on a collision course... 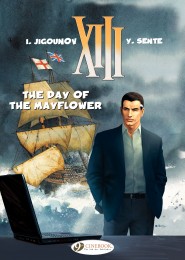 After all his adventures across the American continent, after defeating his many enemies, XIII is trying to live a simple life in the house he inherited, where it all started. It’s not always easy – not everyone is happy to have such an infamous man in the area, and his skills are in high demand with some people of varying integrity. His memories are still locked away, too, and some people want to keep it that way… 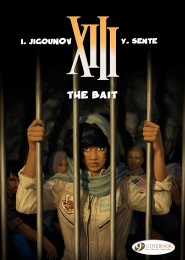 XIII is hiding in France at the Préseaus, after a past more nebulous he even believed possible caught up to him again. But the organisation that’s after him hasn’t said its last word, and has considerable means at its disposal. It lures Jones, on duty in Afghanistan, into a terrible ambush, for the sole purpose of serving as bait for the amnesiac – who immediately rushes to her rescue. Meanwhile, Betty Barnowsky-Préseau is off to Maine to dig into XIII’s past…