"In this ambitious saga by Christophe Bec, Stéphane Betbeder, and Nicola Genzianella, the atmosphere has never been more chilling. Bunker 37 is situated at more than 7,000 meters above sea level and is the last fortification between the Velikiistok and the Ieretik territory. The action begins when the protagonist of the series, Aleksi Stessik, arrives, accompanied by other soldiers prepared to battle for what they believe in." 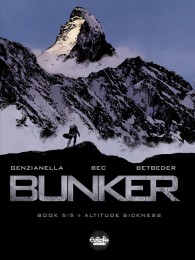 As the series draws to its end, the threat against mankind grows imminent: the upcoming birth of Aleksi's and Anika's child, who promises to be the most powerful of all members of the Imun line, has raised the stakes for both of the occult powers vying for control of this side of the two worlds: the Light and his Men From Above, and the Shadow and his dreaded Entities, which he is about to unleash against the world. An alliance between the Velikiistok, the Ieretiks and the Southern Territories could help Earth present a more united front against what's coming, but ultimately, the fate of the planet lies somewhere else... 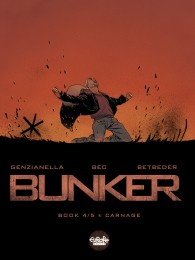 Aleksi crosses over into Ieretik territory in the hope of learning how to control the terrible power inside him, while Anita, who has just learned the truth about her past, and her friend Iosef flee the Imperator's palace to evade those hell-bent on destroying the unborn baby Anita is carrying... Aleksi's son. The future child's potential power of destruction is so great that it's got both Those From Above and The Shadows vying to get their hands on it as they fight for dominance of this side of the two worlds. Meanwhile, Velikic wants to harness Aleksi's power to turn it into a formidable and unstoppable military weapon... 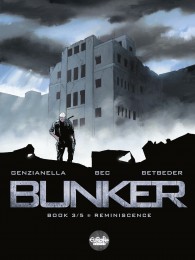 Anika Borodine, the Imperator's niece, brings Aleksi Stassik to the Epicenter, the heart of the terrible cataclysm that ravaged the Azbuska region 15 years earlier. In the ruins of the orphanage where Aleksi spent part of his childhood, he finds answers to questions about his origins and troubled past. But Aleksi's deep-seated powers, coveted by others, will end up being more terrifying and destructive than anyone could ever have imagined. 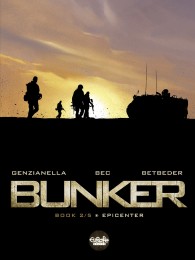 Aleksi Stassik and a group of soldiers from the Velikiistok army head down south to the desert plains beyond the snow-capped peaks of the Demarkacia. Velikiistok, which is lacking the fossil fuels necessary for the war against the Ieretiks, has no choice but to strike up negotiations with the prince of the Southern Territories, Aberrahman Derleth Al-Hazin. Unfortunately, it's common knowledge that the prince has various ties with the Ieretiks. Perhaps that's why he suggests such an unusual exchange for his barrels of oil to the Velikiistok army...

Fear is infectious on the Demarkacija... At over 7000 meters altitude, the Demarkacija is the final rampart between Velikiistok and Ieretik territory. In Bunker 37, Aleksi Stassik scrutinizes the approaching enemy and lies in wait for the attack. Above him, in the mountains, roams another enemy, even more terrifying that the first...