"This is a personal, intimate vision of a Western. Jean Dufaux returns to the themes that interest him most: the right to be different; the myths and legends of the West; the the place of women in a world of men. In this world, Whites and Indians will also have to get along. It's a simple tale, bursting with emotion and humanity: a sort of cross between Roman Polanski's ""Willie Boyle"" and Don Medford's ""The Hunting Party.""" 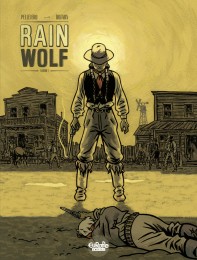 Rain Wolf, a young native American, is in trouble. He just killed a white man in an act of self-defense. Justifiable in the eyes of the law... when it's a white man who does it. Bruce, the son of influential railway magnate Vincent McDell, springs his friend Rain Wolf from jail and vows to protect him. Rain Wolf has no choice but to go into hiding. Sent along to accompany him by the tribe sages is Little Moon, the woman Bruce's brother Jack is in love with. Little Moon is at the age to marry, but she doesn't yet know who her husband will be. Her mystical grandfather gives her a monocle with strange powers that seems to be guiding her. Meanwhile, the Cody brothers are called upon by the dead man's mother to bring down the man who killed her son. They're hot on the trail of the two runaways, having first kidnapped Blanche McDell. But they're not the only ones... 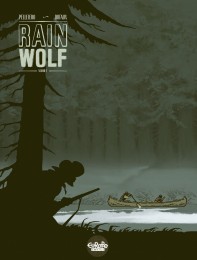 In this second and final installment of the Rain Wolf diptych, Blanche McDell is being held prisoner by the Cody family who are demanding vengeance. They say they'll free the young woman in exchange for Rain Wolf, the Indian who dared to defend himself against a white man, resulting in the white man's death. The McDells have one week to negotiate Blanche's return before all hell breaks loose. As for Rain Wolf, he's on the trail of the legendary White Bison...