Join us for this game-changing new chapter in the ongoing Assassin's Creed saga! With the Phoenix Project nearing its completion, tensions are running high for both the Brotherhood and the Templar Order. A new world order is on the horizon and only Charlotte and her new allies have the knowledge and skill to save humanity from subjugation. Meanwhile, after discovering a rebel faction within his order, Templar agent, Otso Berg begins to question his loyalties. 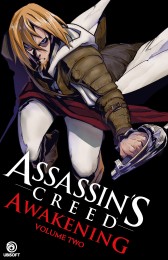 “Awakening is absolutely amazing… 9 out of 10.” – Comics: The Gathering An exciting, epic tale from the world of Assassin’s Creed! It’s 1715, and pirate Edward Kenway is caught in a deadly war between the Assassin’s and the Templars… This manga loosely adapts the Assassin’s Creed IV: Black Flag video game, adding exciting new elements to the tale. Collected for the first time in English. 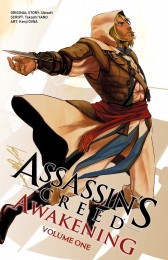 Action-packed, intense and dangerous adventures on the high seas… It’s 1715, and Edward Kenway is a tough pirate in the Caribbean. A chance encounter with a mysterious figure sends him on a dangerous and action-packed mission involving Assassins and Templars… This manga loosely adapts the Assassin’s Creed IV: Black Flag video game, adding new elements to the tale. Collects Assassin’s Creed: Awakening #1-6 “Kenway has never looked so good as he does in shonen manga!” – Yelling About Comics