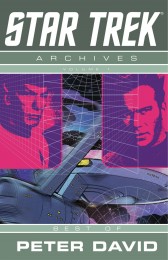 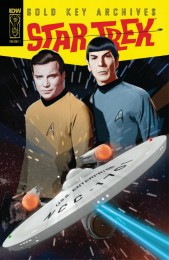 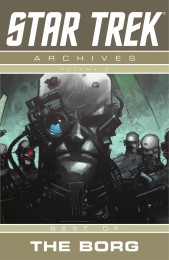 We are the Borg. Lower your shields and surrender your ships… The most dangerous and relentless adversary in the Star Trek universe is back in these classic stories. 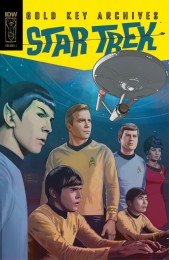 Boldly going… where it all started! Presenting the first comic book adventures of the U.S.S. Enterprise and her crew! Fully re-mastered with new colors, this volume collects issues #7–12, including stories such as "The Voodoo Planet," "The Legacy of Lazarus," "The Brain Shocker," and more. 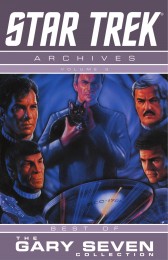 Collecting four issues of the fan-favorite Star Trek comic books released by DC Comics in the 1990s, written by Howard Weinstein and Michael Jan Friedman, IDW’s Star Trek: Archives, Volume 3: The Gary Seven Collection explores the continued adventures of alien-agent-on- Earth Gary Seven. First seen crossing paths with the crew of the USS Enterprise™ in the 1968 Star Trek second season episode “Assignment: Earth,” Seven is stationed on Earth by his otherworldly overseers to prevent nuclear war. And he’s not alone. Along with his secretary Roberta, his “cat” Isis, the Beta 5 computer, and his multi-function Servo, Seven must protect the Earth to insure the creation of the United Federation of Planets. 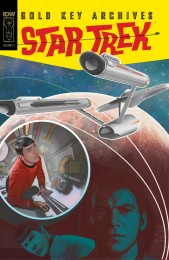 Boldly going… where it all started! Presenting the first comic book adventures of the U.S.S. Enterprise and her crew! Fully re-mastered with new colors, including stories such as "Dark Traveler," "The Enterprise Mutiny," "The Hijacked Planet," and more. Collects issues #13–18. 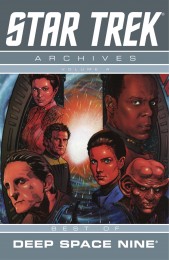 Join up with the crew of DS9 as a mysterious toxic mold runs rampant on the station. Where did it come from? Does its appearance coincide with the arrival of a Federation Starship from the Gamma Quadrant? Find out in “Stowaway” and “Stowaway Part II.” Then stay put as “The Butcher of Bajor” lives out his final moments aboard DS9... but even he isn’t prepared for how things end in “Old Wounds.” Finally, in “Emancipation” and “Emancipation Part II,” a failed escape attempt by slaves from Chiaran ends with explosive results. But that’s not all! Best of Star Trek Archives, Volume 4: Deep Space Nine also includes the special 8-page preview “ashcan” story “Hostage Situation.” 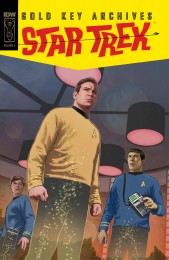 Boldly going… where it all started! Presenting the first comic book adventures of the U.S.S. Enterprise and her crew! Fully remastered with new colors, volume 4 collects issues #19–24, including the stories "The Haunted Asteroid," "A World Gone Mad," "The Mummies of Heitus VII," "Siege in Superspace," "Child's Play," and "The Trial of Captain Kirk." 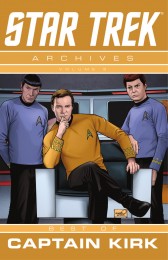 As the Klingons and Nasguls pursue their vendetta against the captain, a deadly bounty hunter is eyeing the price they've placed on his head. But if Kirk is fortunate enough to survive the encounter, will he survive the attentions of his own Federation, eagerly looking for a scapegoat to preserve universal peace? This collection includes the six-part, fan-favorite “Trial of James T. Kirk” written by New York Times best-selling author Peter David. 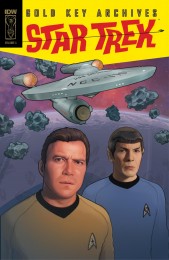 Boldly going… where it all started! Presenting the first comic book adventures of the U.S.S. Enterprise and her crew! Fully remastered with new colors, volume 5 collects issues #25–28 and #30–31 (#29 was a reprint of #1), including stories "Dwarf Planet," "The Perfect Dream," "Ice Journey," "The Mimicking Menace," "Death of a Star," and "The Final Truth."