With the walls closing in and their supporters dwindling, it’ll take everything the Winters family has to make it through the war. It’s no longer about the supply, the ash, or the money. Now, they fight to survive. 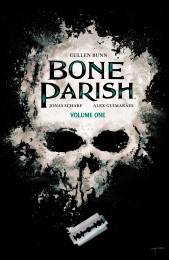 A new drug is sweeping through the streets of New Orleans—one made from the ashes of the dead. Wars are being fought over who will control the supply, and the demand is rising. While the various criminal factions collide, users begin to experience terrifying visions of the dead coming back to life...through them. Eisner Award-nominated author Cullen Bunn (Harrow County, The Empty Man) and illustrator Jonas Scharf team up for Bone Parish, a haunting blend of horror and crime that takes an unflinching look at how we connect to—and disconnect from—the world around us. 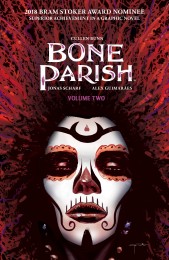 “The Ash” is the hottest new drug in the Big Easy, and there’s only one way to get it: the Winters, an upstart crime family that pioneered the drug made from the ashes of the dead. But with multiple other factions moving in on their territory with deadly results, just how long can Grace Winters and her children hold on to the lucrative trade? Eisner Award-nominated author Cullen Bunn (Harrow County, The Empty Man) and illustrator Jonas Scharf continue their critically-acclaimed blend of horror and crime in Bone Parish Volume Two, as the Winters family discovers the true depths they’ll go to protect the fragile business they’ve built. 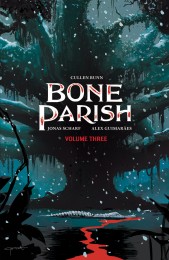 2018 Bram Stoker Award Nominee — Superior Achievement in a Graphic Novel. Every high has its comedown, and the Winters family is in for a rude awakening. Once the innovator and sole dealer of the new necromantic drug that’s all the rage on the streets of New Orleans, they have since come under siege by rivals on all sides trying to steal the market for themselves. And while the family has suffered heavy losses to this point, there’s more to come before the harsh light of morning… Eisner Award-nominated author Cullen Bunn (Harrow County, The Empty Man) and illustrator Jonas Scharf’s critically-acclaimed horror series concludes in Bone Parish Volume Three, as the Winters fight off reckonings both personal and professional to preserve their family empire. Collects issues 9-12.