"Rudyard Kipling died in 1936. In one of his last poetic pleas, the brilliant creator of ""The Jungle Book"" invited readers to take another look at his fantastic tales in order to find all the answers regarding the destiny of man. As a great admirer of ""The Jungle Book,"" Stephen Desberg has always sought to understand why humanity has been expanding--and growing up--all too quickly. What if Mowgli knew the answer? The little boy of the jungle has now become a grandfather, and Desberg finds him on a train station platform, about to get on a train back to the jungle of his youth, his mind whirring with childhood memories. The aged Mowgli reflects on the landscapes of his boyhood, razed and destroyed by the modern world. The Free People, the wolves, have long since disappeared, but in his soul Mowgli has never forgotten them." 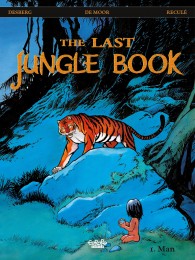 Just outside Delhi, the capital of India, a man called Mowgli rents a house on the outskirts of the jungle, where he plans to live out the rest of his days. The forest is not nearly as vast as it once was, but the air, the trees and the hills still retain a thousand memories: the cries of birds long departed, the calls of brother wolves that have since died off, the rage of a jealous tiger... For Mowgli, the jungle is the stomping ground of his childhood and his path to adolescence, including the undeniable need to grow up and leave it. For Mowgli, it is time to rediscover the jungle so as to prevent the world of men from stealing away his innocence and his illusions. For this man growing ever older, these memories take him back to a time when all he had to do was learn, and not yet pay the price of his mistakes... 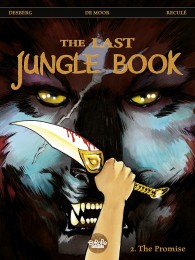 Old Mowgli tells the tale of the promise made in his youth to kill Shere Khan the tiger, who gets more dangerous by the day as he is consumed by blood lust. Every summer, the sun burns the savannah and dries up the rivers. But this year, water is especially hard to come by and the animals must endure a dreadful thirst. Thankfully, a marsh forms in the empty riverbed and Hathi the elephant decrees a water truce. With all hunting forbidden, every animal is safe to come and quench their thirst. Even Shere Khan is bound to this truce. But the bloodthirsty tiger is driven only by his vendetta against Mowgli. Not only does he wish the young man's death, but also to bring an end to his illusions... 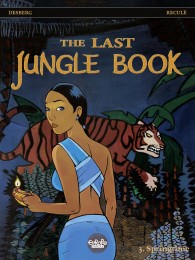 As Mowgli draws ever closer to the end of his days, he continues to tell the tale of his extraordinary life to his young friend. His words conjure up the era when he, as a young man, was the king of the jungle, Shere Kahn's vanquisher and the brother of wolves and panthers. It was a time when he was yet to discover the devastating power of female grace and beauty, and that a city torn apart by British colonization could hold far more danger than anything he'd ever encountered previously... 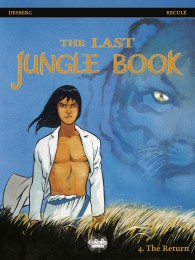 This is the fourth and final volume of a superb and moving epilogue to the story of Mowgli that alternates between memories of his youth and the approach of death. But before his time comes, the old king of the jungle wants to go back to his old stamping ground; back to the jungle that, in his heart of hearts, he never really left.