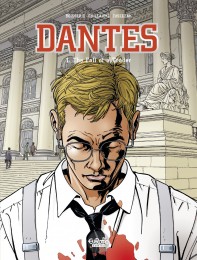 The year is 1998. In the merciless world of the stock exchange, Alexandre, a brilliant young trader, finds himself caught in the middle of a game of scheming and manipulation. An employee of the BGCI, he is duped into covering up several risky transactions by his colleague and so-called friend. The losses begin to snowball, becoming ever harder to hide. Facing an audit and with a journalist hovering around, Alexandre's fall from grace takes a deadly turn. This first volume brings us forward 12 years in the future, when Christopher Dantes, a businessman as rich as he is mysterious, makes his first public appearance at the Millennium Financial Ball, coming face to face with the people involved in the plot of that sordid drama of the past. 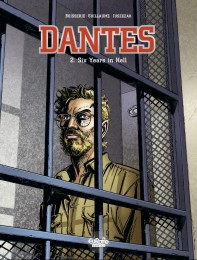 Framed for murder, betrayed by his colleagues, abandoned by his family: for Alexandre, the world of finance is more merciless than ever. Following his trial, Alex is charged with embezzlement and voluntary homicide, and is handed a long jail sentence. The former trader tries to keep his head down, but after being pushed too far one time too many, he befriends a computer genius and begins to plan his escape... and his revenge... 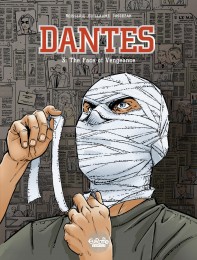 While escaping from jail, Alexandre suffers a serious facial injury, but with the help of Isaac and Gabriel's daughter, Sarah, he begins to craft a new identity for himself: the mysterious Christopher Dantes. After failing to find where his sister is now living, he moves onto the next most important task at hand... revenge. Dantes arranges to meet the key figures in the plot that ruined him, and slowly begins working his way into their lives. His vengeance will be brutal. 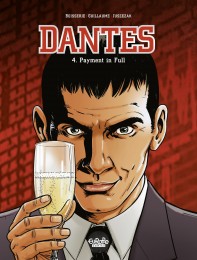 Following his successful facial reconstructive surgery, Alexandre, now living as the enigmatic businessman Christopher Dantès, hopes to bring his plans for revenge to fruition. The key players in the conspiracy that ruined his former life fall one by one into his trap, but in spite of all his best-laid plans, the actions of others are beyond his control, and Dantès slowly begins to realize that the final act may be more difficult than anticipated... 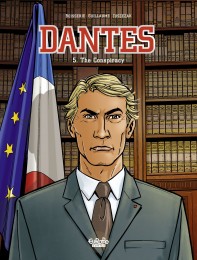 Alexandre, the victim of a financial conspiracy, has taken on a new identity, and now living as the wealthy Dantès continues on his path for revenge. However, new events threaten both his plans and his life: not only are the Russian mafia prepared to do anything to recover their money, but his real identity is no longer a secret to the Machiavellian Jean Saint-Hubert, the man behind his downfall. And with the extreme-right party "French Nation" seemingly financed by this plot that ruined him, he and his loved ones find themselves under attack from all sides... 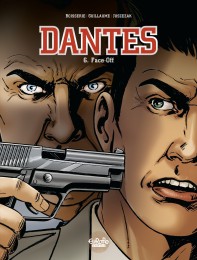 Alexandre's relentless quest for revenge reaches its climax, finally providing answers to a number of questions... Who abducted Lucie and Sarah, and why? Will Salers succeed in his scheme and become the new President of France? Will Dantès finally be able to take down Saint-Hubert, the former banker who ruined his life? What is Isaac's real role in all this? And will Alexandre also have to face justice for his own crimes? 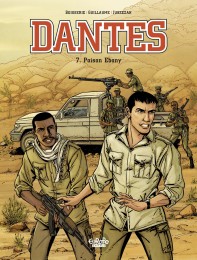 Several years after the scandal that rocked the Parisian financial and political world, Alexandre, continuing to live as the mysterious businessman Dantes, has been cleared and is running his company Pharaoh. But he will soon discover that one of his subsidiaries, specializing in waste processing and energy recovery, requires his immediate attention. Could another scandal be on the horizon? Determined to find out the truth, Dantes will have to travel to the Ebony Coast, where he will meet up with an old friend... but the corruption awaiting him will be beyond anything he could imagine. 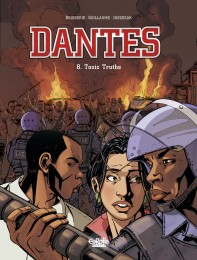 As Christopher Dantes recovers in hospital following his brutal attack in the Ebony Coast, Marion Tagher is left to run his company, Pharaoh, in his absence. With the life of its founder in peril, the multinational's value plummets... leaving it wide open to a hostile takeover. Meanwhile, Isaac Doucouré and Lucie Mondran are still in Africa, determined to find the young man who has the murdered journalist Jean-Paul Beauchamp's notebook, convinced it will be the key to exposing the corrupt government and bringing Dantes's attacker to justice... 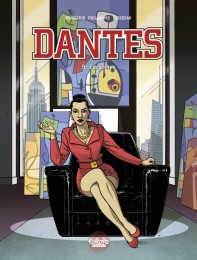 After resolving the ecological disaster in Africa and recovering from his injuries, Alexandre wants nothing more than to get his business and his life back on track. The last thing he expects is the sudden reappearance of his lowlife father, Maquet, who abandoned the family shortly after his daughter was born. But this is no happy reunion: Maquet's latest con—selling counterfeit works of art—has caught up with him, and he needs his son's help, threatening to reveal his past if he refuses. 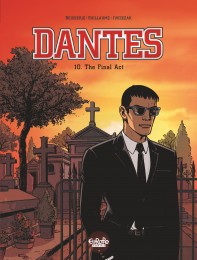 Having been dragged reluctantly into the shady world of counterfeit art trafficking, Dantes agrees to protect his crooked father, Maquet. But it turns out that it's not just angry art collectors who are looking for him; his father has also incurred the wrath of a powerful Chinese triad. To make matters worse, Dantes's vineyard has also been implicated in Maquet's schemes, and he now finds himself faced with something no father should ever have to go through: his daughter's been kidnapped...