Bond is assigned to hunt down and eliminate Kraken, a radical anti- capitalist who has targeted Britain's newly-upgraded nuclear arsenal. But all is not as it seems. Hidden forces are plotting to rebuild the faded glory of the once-mighty British Empire, and retake by force what was consigned to history. 007 is a cog in their deadly machine - but is he an agent of change, or an agent of the status quo? Loyalties will be broken, allegiances challenged. But in an ever- changing world, there's one man you can rely on: Bond. James Bond. 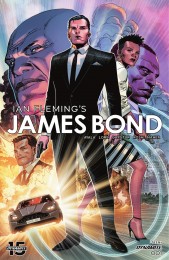 New series, new team, new missions! VITA AYALA (Morbius, Age Of X-Man), DANNY LORE (Queen Of Bad Dreams) and ERIC GAPSTUR (James Bond 007) present a fresh take on the world’s greatest secret agent. When a priceless piece of art is found to be fake, investigations lead down a rabbit hole of international crime and corruption. But what the hell does James Bond know about the world of art forgery? Featuring a cover by superstar JIM CHEUNG (Justice League, Young Avengers), that will be revealed as an interlocking image over the first three issues! 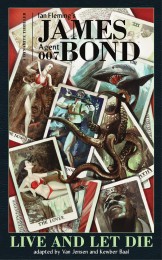 In this second adaptation of the Fleming novels… Bond is sent to New York City to investigate "Mr. Big", an agent of SMERSH and a criminal voodoo leader. With no time for superstition—and with the help of his colleague in the CIA, Felix Leiter, Bond tracks "Mr. Big" through the jazz joints of Harlem, to the everglades and on to the Caribbean, knowing that this criminal heavy hitter is a real threat. No-one, not even the mysterious Solitaire, can be sure how their battle of wills is going to end… 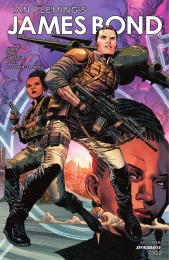 A fake is only the beginning…James Bond is forced into a world he doesn’t understand. Counterfeits, smuggling, following impossible trails to invisible villains. Can he learn to trust others for help, or will the mission leave him behind? From VITA AYALA (Morbius), DANNY LORE (Queen of Bad Dreams) and ERIC GAPSTUR (The Flash: Year Zero). 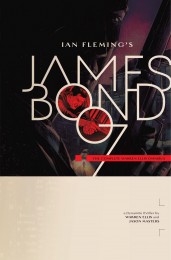 After a mission of vengeance in Helsinki, James Bond returns to London and assumes the workload of a fallen 00 Section agent. His new mission takes him to Berlin, presumably to break up an agile drug- trafficking operation. But Bond has no idea of the forces gathered in secret against him, the full scope of an operation that's much scarier and more lethal than he could possibly imagine. Berlin is about to catch fire... and James Bond is trapped inside. Dynamite Entertainment proudly presents VARGR, the debut storyline in the all new James Bond comic book series, as crafted by masterful writer Warren Ellis (Transmetropolitan, The Authority) and artist Jason Masters (Batman Incorporated, Guardians of the Galaxy). 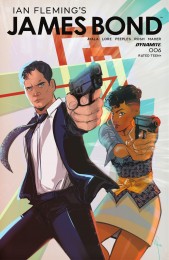 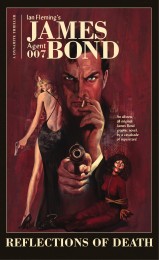 128 stunning pages of nonstop thrills and intrigue! An ALL-NEW, ALL-ORIGINAL James Bond graphic novel, by a cavalcade of superstars! GREG PAK (Star Wars, Darth Vader)! ANDY DIGGLE (Daredevil, Green Arrow)! BENJAMIN PERCY (X-Force, Wolverine)! GAIL SIMONE (Deadpool, Wonder Woman)! MARK RUSSELL (Red Sonja, The Flintstones)! VITA AYALA & DANNY LORE (James Bond ongoing series)! Six stunning stories, featuring the world’s greatest spy! Moneypenny has been kidnapped, and the mystery of who has her, and what they want, will only be revealed when (if?) 007 is able to complete his incredible missions.